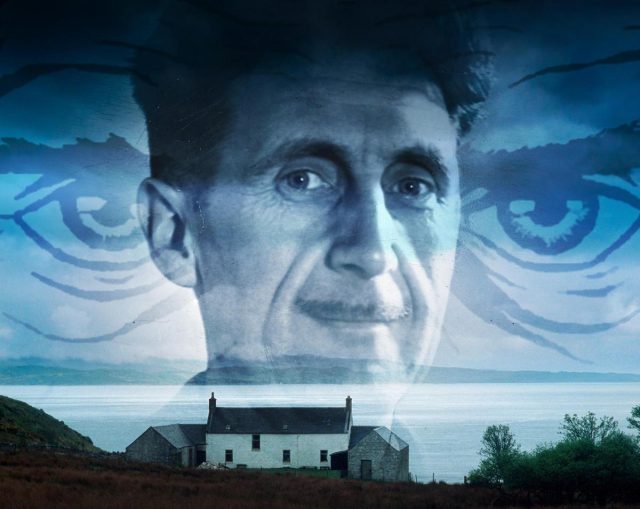 As a unique writer of his time, a strong and sharp social and political critic, George Orwell inspired so many thoughts, events, and movements with his bravery and intellectual analysis while also efficiently shared so much of his brilliance, talents, skills and time as a gift to humanity in the pursuit of truth and freedom, especially in the fields of literature. With his seemingly prophetic and extensively philosophical explorations in writings, he effectively elucidates the readers with profound questions and answers for contemplation’s and concrete solutions to, let’s say, the kind of issues or socio-political problems he’s tackling about. He wrote dozens, if not hundreds, of essays about things that are essential to the society such as politics, psychology, religion, philosophy, culture, nationalism, and even abstract and metaphysical subjects. There were so many movies based on his ideas or writings and his two best-selling political novels, 1984 and Animal Farm, have been translated into many different languages and also adapted to movies.

George Orwell was a very successful novelist and essayist in his time but the internet made him more famous nowadays. Even up to today, he’s still a real hero and inspiration to many because of his passion for truth, high sense of morality, and respect for freedom and justice. These are all metaphorically and, at the same time, concretely illustrated both in his writings and broadcasts at the BBC. His thoughts and philosophies still influence many thinkers and intellectuals of today, even became important subjects of obsession by many pop storytellers, culture heroes, and mainstream artists. He came up with his own original concepts, terms, languages, and phrases such as “thought-crime, thought-police, doublethink, newspeak, room 101, Big Brother, etc.” that has become very famous jargons in politics. Dedicating his life to the pursuit of these virtues mentioned above, Orwell lived for the truth and for attempting to create an alternative world that would prevent the dystopia that he’s seeing in his fearsome visions and nightmares.

“In times of deceit, telling the truth is a revolutionary act . ”

The term Orwellian was also invented and is being widely used today by many to describe a social condition or situation that isn’t pleasant politically or morally; a kind of state or even idea that is posing a threat or that is hampering the individual’s freedom, well-being, and determination. Indeed, a dystopia! For Orwell, speaking the truth is a duty. This is why he chose his profession and spent his life in speaking about many different issues of his time that need to be fixed or given clarity and direction. That’s the reason why many institutions recognize him as a very important writer and thinker, including The New York Times that announced him as the second most “greatest writers in Great Britain since 1945”. In the BBC headquarters in London, Orwell’s statue was installed in 2016 as an acknowledgment and homage.

“The most effective way to destroy people is to deny and obliterate their own understanding of their history. “

To today’s culture, history is one of those complex matrix to enter or delve into. Coupled with endless distractions and entertainments in the cyber world, the big part of the population today are being held captive by what he referred to as “the Ministry of Truth”. This attitude towards history unfortunately allows tyrants and dysfunctional government and corporate leaders to take advantage of the society and direct its path to the absurdity of submission and nihilism. In the book 1984, Orwell repeated many times the part that tells how “the bureaucracy and the Big Brother state” omit facts from history books and create propaganda that would make people support them and their endless schemes and wars. Sad to say, this is very true even up to today given that politics still depends on lies and deception. In his Animal Farm novel, he also explored how language can be weaponized and used against ordinary people who have no access to power and authorities. Sold (and still selling) millions of copies around the world, these two unparalleled novels serve as warnings for what we all know as today’s political climate of corruption and polarity.