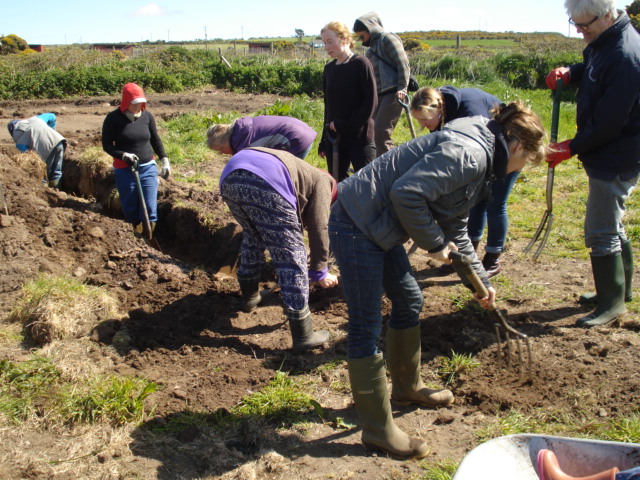 If you desire to live in a place where people are bonded to each other, having a common vision together, and are working together towards certain community goals, then intentional community is a kind of community you should look for. Depending on your reason, in the United States and Europe you can choose from a wide variety of intentional communities that are currently active, sharing resources and responsibilities; be it a kind of politically, religiously, or just culturally motivated community such as an art community for example. In some parts of Asia such as Indonesia or the Philippines, you can also find a few starting intentional communities. Of course you can also join the community especially if are really eager to cooperate with their objectives such as gardening / farming and other kinds of normal community chores.

In most urban squats and collective co-housing settings, the atmosphere are usually more politically motivated and there are a lot of similarities in the ways these communities function and being organized. There is also strong sense of cooperation between members when it comes to central aspects such as decision making, ecological or environmental stance, etc. When it comes to more agriculture (usually permaculture) type of intentional community such as ecovillages, the practice of sustainable land management coupled with appropriate care for people and controlling of the surplus, is also one of the main central theme towards the goal. This is practiced through alternative lifestyle living in a more ecological way, rather than living like the usual way people in the city live.

Membership in most intentional community is sometimes not easy. This is because over time, people systematically crafted the community, in a healthy way, into a kind of environment that cannot be created overnight. It is somehow a living product of humanity’s natural way to bond and connect to each other, behaving in a symbiotic manner for the good of its kind, continuing to evolve through different forms of time. So in the process, people who want to join are selected by the people who live at the community for very long years, dedicating their time and energy for the sake of collective growth. And usually, you can find organic gardens, common kitchen, composting areas, meditation section, children’s space, music and arts part, workshop areas, etc.

Another advantageous nature of intentional community is that it allows you to have a sense of connection to good people who are not only concern about the environment and each other’s welfare but also has the same type of interests that you are having. Working with each other for projects, simple or big, establishing community infrastructures that would lead to self-sufficiency, is also a common culture among many people within the intentional community. Typically, their children grow up working on the same values together, aiming for self-reliance, sustainability, growth, and wellbeing in general. So whether your reason for joining a community is for spiritual or for political, intentional community is the place where you can live according to your envisioned society and future.