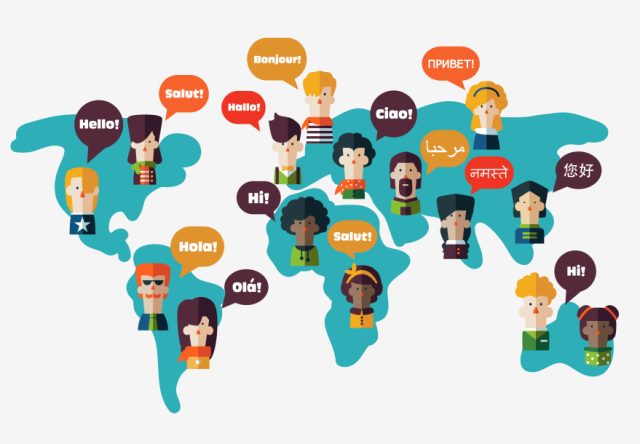 Some people talk about “respect to cultures” as if culture is always a good thing. The truth is, yes, cultures differ according to the people’s interpretation. But we must remember that these interpretations often mostly have moral and rational roots, causes, and connections that are significant to collective social standards. These standards are sometimes necessary to keep its member safe and its environment on a balance state. There are surely actions by other parts of the society or the country that are surely not healthy for others. And yes, these actions are called “cultures” because people do them on a regular basis, usually without regards to it consequences and implications. Like so many habits, most of these deeds have become so normalized and thus embedded on the society’s fabric and daily living.

For example, in many parts of the world, there are group of people or tribes who still practice rituals that aren’t necessary or hold significance to their members but instead harms them and causes them problems later in life. Let’s take FGM or female genital mutilations for example. This is currently happening even in a place which we thought civilization has already its peak, America. According to many experts of the topic, FGM usually happens to a Muslim populated areas or people who practices Islamic religious tradition. Although there are other “tribal reasons” as well, most especially from places like Africa and India, most of these cultures directly link to the religious traditions of such populations.

In addition, in many parts of the Middle East and Asia, people are also subjected to the “iron hands” of Sharia Law by strict Islamic codes imposed on these countries. And one features of this is the “child marriage”, which of course involves sexual intercourse sooner or later in their “married life”. Sometimes, as young as 8 years old, but mostly below 18, girls are obliged to get married legally under the name of Islam and therefor have to serve and satisfy his “husband” sexually and maybe emotionally without questions because this was commanded by their God on their scriptures. Sometimes, these young girls are forced to be married to a very old man and this culture existed for more than a thousand years already. Now the question is, should we still respect and let this abuse and exploitation continues? Of course many people will not, even many modern Muslims for sure will not allow it. It is not hard to understand why it must be stopped.

In the Philippines, there are still many Catholics practicing self-crucifixion and body mutilations during holy week as their way of mimicking and paying homage to the so-called experiences of Christ himself. These rituals vary in different ways and traditions but the sole aim is to celebrate holy week by remembering and reenacting the story of Jesus. Among these brutal and eerie cultures are the practices such as whipping the person’s own back while walking or even crawling under the heat of the sun so as to reenact what supposed to happen two thousand years ago. While walking barefoot and hitting their own backs with a rope, sometimes the rope has other sharp materials too so to add more pain and markings, they performed a memorized prayers and chanting. These practices caused many to get hospitalized and also result to other serious consequences. This usually happens mostly on the places of Luzon but there are few also in Visayas and Mindanao.

The fact that there are many Filipinos also who are aware and against to this kind of cultural beliefs and rituals is a good indication that there are other perspectives and that humans really attempts to use morality to support the coherence of existence and maintain the balance on the social scale, therefore to be guided and be protected by this universal recognition to what is good and what is evil. And why do people ask if there is good and there is evil, is this really a question or just a denial of our duty as humans that has given the capacity by nature to think, philosophize and take actions? Of course, there is in fact “wrong or bad cultures”. But it doesn’t mean that all people are bad or people are bad all the time. It is difficult to pretend that shitting and peeing just anywhere in public spaces will not affect us physically and mentally.

Another is that you usually hear about China having a festival that tortures and even eat dogs and cats. Many people all over the world reacted to this issue and it was effective as far as we know because some Chinese have already stop celebrating that cultural tradition. Our hope is that may it will be totally banned and stopped along with other unnecessary practices not only in China but in all parts of the world much better. For sure there are hundreds more of things that people should not do and can stop doing, we just cannot talk about all of them in one article. The point here is to say that not all cultures deserve “respect”. Of course, people deserve respect no matter who, it just that we have to live with ethics and we should use logic, reason and rational imagination to figure what can help us coexist without really violating other person’s rights, especially those who are young and vulnerable members of our society. Like all of us, they need guidance and genuine compassion instead of shackles from so called cultures and traditions.

It is because of our wrong cultures as humans why our environment is alarmingly degrading these days and instead, we still cling on to these mindless cultures that give us little pleasures every time we need them but still leave us empty at the end of the day or in the long run. One example is that how the majority of us depends on products that are basically, after a few years of use, becomes a useless garbage. Another is our cultural obsession and addiction to Smartphones, cars, and other not so important gadgets, stuff, and even activities. Just to prove that they also can afford new gadgets, people buy stuff not really thinking twice if they really need them. So we have become the so-called throw-away culture. It is terrifying what our culture as humans are doing to this planet.

So now, what do you mean when you say culture?