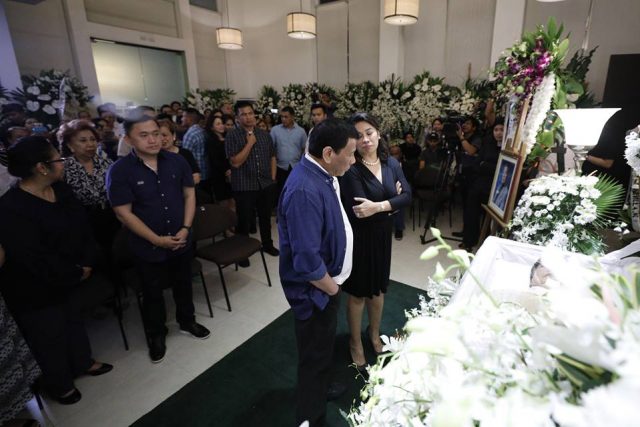 President Rody Duterte condoles with the family of the late businessman Rodolfo Soriano Ibuna during the President’s visit to the wake at the Arlington Memorial Chapels And Crematory in Quezon City on September 24, 2018. Ibuna, the son of former San Juan Mayor Nicanor Ibuna, suffered a stroke on Friday, September 21. He was 82.