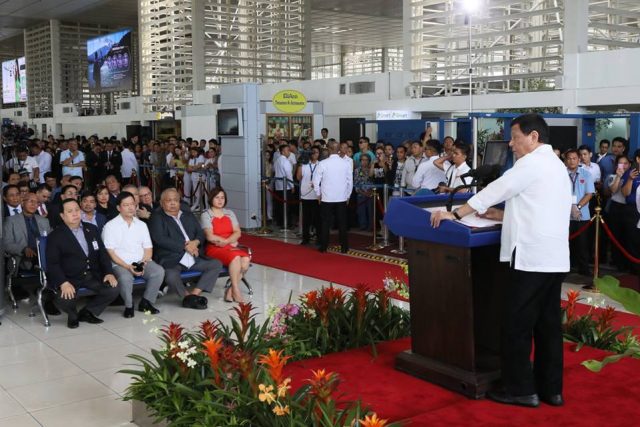 President Rody Duterte delivers his departure statement as he embarks on a back-to-back Official Visit to the State of Israel and the Hashemite Kingdom of Jordan at the Ninoy Aquino International Airport (NAIA) Terminal 2 in Pasay City on September 2, 2018. The President seeks to renew and strengthen diplomatic ties by meeting with the leaders of the two countries, Prime Minister Benjamin Netanyahu of Israel and King Abdullah II of Jordan.