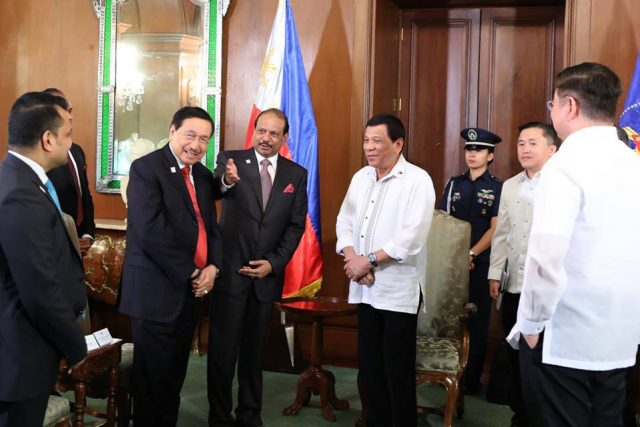 President Rody Duterte meets with the top executives of Lulu Group International in a courtesy call in Malacañan Palace on August 7, 2018. The Lulu Group International is a company considered as one of the major economic players in the Middle East. It is engaged in businesses such as retail, imports and exports, travel and tourism, and shipping. The President also met with JSC Rosoboronexport Director General Alexander Mihkeev.