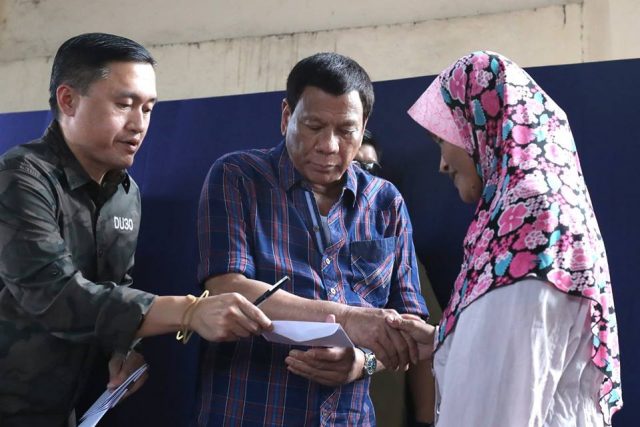 President Rody Duterte leads the ceremonial distribution of relief goods to the families affected by a fire incident in Jolo, Sulu on July 27, 2018. At least 5,000 families or around 30,000 individuals were left displaced after a fire broke out last July 24 (Tuesday) in Barangay Bus-bus. The fire, which quickly spread to the nearby barangays of Walled City and Lambayong, razed about 2,600 houses.