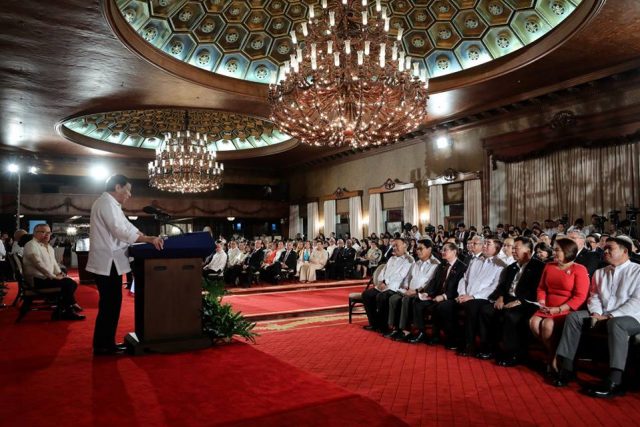 President Rody Duterte leads the launch of Go Negosyo’s ‘Pilipinas Angat Lahat’ program at the Rizal Hall of Malacañan Palace on August 14, 2018. The 'Pilipinas Angat Lahat' program is an alliance between the government and private corporations, aiming to alleviate poverty and generate new jobs for Filipinos through micro, small, and medium enterprises (MSME) development. In the middle of his speech, the President also signed the dismissal order of Philippine Military Academy (PMA) Comptroller Hector Maraña for his alleged misuse of the P15-million worth of allowance for the cadets.