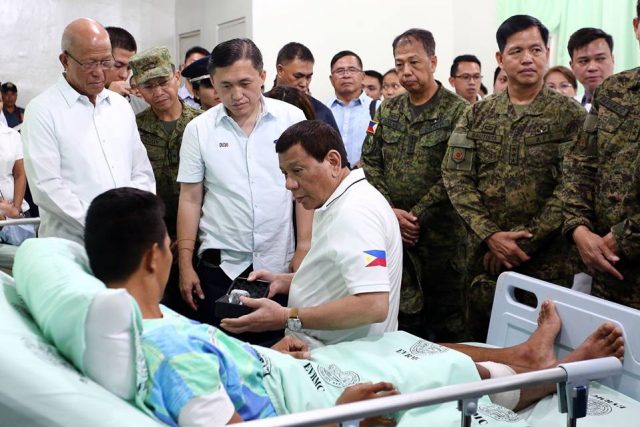 President Rody Duterte checks the condition of the wounded-in-police-operation (WIPO) police officers in a visit to the Eastern Visayas Regional Medical Center (EVRMC) in Tacloban City, Leyte on June 29, 2018. The President awarded the Order of Lapu-Lapu in ‘Kampilan’ medals to the wounded police officers in recognition of their support to the campaign or advocacy of the administration as stated in Executive Order (EO) No. 35 that amended EO No. 17 (s. 2017), which created the Order of Lapu-Lapu.