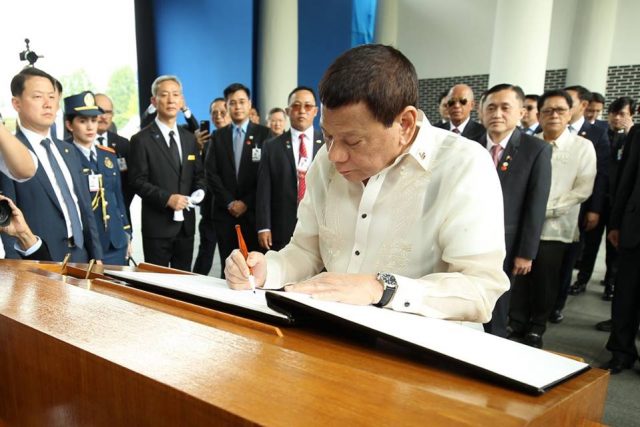 President Rody Duterte led the wreath laying ceremony for the fallen soldiers at the National Cemetery in the Republic of Korea on June 4, 2018. South Korea is one of the Philippines’ closest friends, with military relations dating back as far as the Korean War when the Philippines sent its troops to fight against the communists of North Korea.