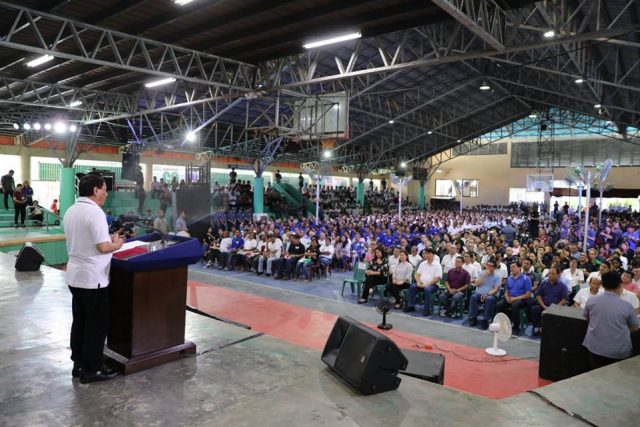 President Rody Duterte led the distribution of 3,772 Certificates of Land Ownership Award (CLOAs) to agrarian reform beneficiaries in the Western Visayas region in a ceremony held at the Cabatuan Covered Gym in the Municipality of Cabatuan, Iloilo on June 20, 2018. As part of the 30th anniversary celebration of the Comprehensive Agrarian Reform Program (CARP) under the Department of Agrarian Reform (DAR), President Duterte handed over the CLOAs to about 2,314 beneficiaries for the 2,694 hectares of land area in the region.