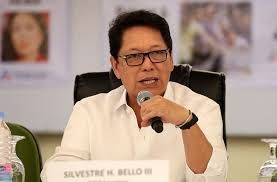 MANILA — The Department of Labor and Employment (DOLE) has ordered the Philippines Overseas Employment Administration (POEA) to craft guidelines for the sending of household service workers (HSWs) to Kuwait, after the lifting of the total deployment ban on overseas Filipino workers (OFWs) to the Arab state.

“The POEA is hereby directed to issue the appropriate guidelines for the processing and deployment of domestic workers,” readAdministrative Order(AO) No. 254-A series of 2018 signed by Labor Secretary Silvestre Bello III on Friday.

The same order officially lifted the ban on the deployment of HSWs to Kuwait.

“In pursuit of national interest and in line with the signing of the Agreement on the Employment of Domestic Workers with the State of Kuwait, which ensures the protection of Filipino domestic workers thereat, the deployment ban for domestic workers to Kuwait is hereby lifted,” the order stated.

On Thursday, Bello issued AO 254, lifting the ban on the deployment of skilled and newly hired OFWs to the Gulf state.

“In pursuit of national interest and pursuant to the pronouncement of the President of the Philippines on the normalization of ties with State of Kuwait, the deployment ban for newly-hired professionals, skilled and semi-skilled workers to Kuwait is hereby lifted,” the order said, noting the directive is “effective immediately.”

AO 254 was issued a day after Malacañang announced that the total deployment ban on Filipino workers to Kuwait has been lifted.

Earlier, Bello said President Rodrigo Duterte decided to lift the deployment ban, which was implemented last February, because of the “goodwill gesture” by the Kuwaiti government.

The Philippines and Kuwait have recently signed a memorandum of agreement for the protection of Filipino workers and the promotion of their welfare and interests. (PNA)