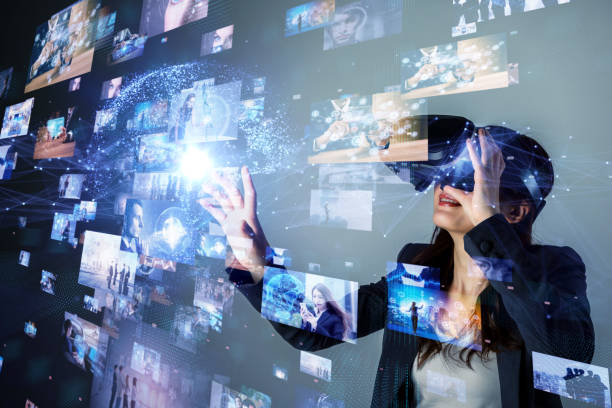 It was announced that when Oculus Quest 2 was released last year, there were nearly worth $3 billion sold. Oculus Quest 2 is a virtual reality (VR) headset created by Facebook or now known as Meta. Officially launched on September 16, 2020, during Facebook Connect 7, it is said to be “capable of running as both a standalone headset with an internal”. Interestingly, Meta’s launch for this gadget was at the right timing with the pandemic years which could be the reason why VR users worldwide have increased to 171 million. In the same month, it was also announced by Facebook that they are “investing $50 million in global research and program partners to ensure these products are developed responsibly.”

Of course, Facebook is not going to earn this amount of profit without people bringing up the issue that the public really needs to know. Even Mark Zuckerberg has not denied that VR technology poses a great risk for human health. The many problems that come along with the gadget or the hardware, not to mention the psychological and physical impacts of potentially harmful environment or interaction within the virtual dimension, need to be reconsidered and honestly proven safe. Because just like many other important health and safety issues, the data about VR is not being sincerely talked about in the public arena; what dominates the “consumer-scape” is the hype which does not include the dark and dystopian aspect of this approaching social reality. For example, in one study conducted by a team of scientists from Leeds University, Mark Mon-Williams, a professor of cognitive psychology in the said university and one of the main directors of the study, stated:

“In a VR device, a virtual three-dimensional world is displayed on a 2D screen, and that places strain on the human visual system. In adults, that can lead to headaches and sore eyes. But with children, the long-term consequences are simply unknown.”

Therefore it is really crucial to address these findings before VR becomes totally widespread because imagine really that it could trigger problems to the visual ability and motor skills in a short-term use alone, so what about its long-term consequences, physically and mentally, especially to a very young child? As major tech and app brands are now set and ready to play in the market, hardware companies are now also converting other devices, such as mobile phones, into VR viewers at the same time. As the Guardian reported:

“Hundreds of companies are now making VR games and apps. Film-makers are exploring the potential for documentaries and animation, and Facebook and YouTube have jumped on the bandwagon with 360-degree videos. Computer games such as Call of Duty are now being enjoyed increasingly by players who immerse themselves completely into their games by wearing VR headsets rather than watching the game unfold on a television screen or computer. The use of VR is also expanding significantly in higher education. Dental students at Leeds are trained to examine teeth that appear before them in VR headsets, for example. Similarly, medical students can study tumors and wounds that are screened this way.”

Though there are several benefits humans can get from VR technology, there is no doubt that VR is harmful to the human body and brain for both short and long-term use. As the Law Technology Today’s article described the risks concluded from studies about VR and AR (augmented reality):

“Users of virtual reality games have reported a host of troubling effects, including damage to their vision, disorientation, and even seizures. In addition to this, using VR carries a very real risk of injury. Players have suffered from broken bones, torn ligaments, and even electric shocks. Augmented reality uses similar technology to virtual reality, but rather than creating an entirely virtual world it adds virtual elements to the world around us. You may assume since you can still see where you’re going while you’re playing augmented reality games, but the truth is many people have been injured.”

Digging into the issue deeper, one doesn’t have to look farther than the Oculus’ “health and safety warnings” document itself which, of course, comes along with the gadget when purchased. On the second page alone of this 15 pages document, it says:

“Virtual reality is an immersive experience that can be intense. Frightening, violent or anxiety-provoking content can cause your body to react as if it were real.”

It then continues to warn on the next pages:

“Do not use the headset when you are: Tired; need sleep; under the influence of alcohol or drugs; hung-over; have digestive problems; under emotional stress or anxiety; or when suffering from cold, flu, headaches, migraines, or earaches, as this can increase your susceptibility

to adverse symptoms. Consult with your physician before using the headset if you are pregnant, elderly, have pre-existing binocular vision abnormalities or psychiatric disorders, or suffer from a heart condition or other serious medical condition.”

VR headset users are also strongly advised to maintain a safe environment for its use because, as what the document states, “serious injuries can occur from tripping or running into or striking walls, furniture, other objects or people…” Therefore, the document continues to state that users must ensure that they are “not near other people, objects, stairs or steps, ramps, sidewalk(s), balconies, open doorways, windows, furniture, open flames (like candles or fireplaces), ceiling fans or light fixtures, televisions or monitors, or other items that you may impact or strike when

Using, or immediately after using, the headset”. Obviously, this should not be left to children’s hands, especially when they’re alone.

Meanwhile, on the 7th page of its English pdf version, the clear potential hazards of VR gadgets are even elaborated further. It went on to warn users:

Just as with the symptoms people can experience after they disembark a cruise ship, symptoms of virtual reality exposure can persist and become more apparent hours after use. These post-use symptoms can include the symptoms above, as well as excessive drowsiness and decreased ability to multi-task. These symptoms may put you at an increased risk of injury

when engaging in normal activities in the real world.”

To read the entire document, just type this on your search engine: