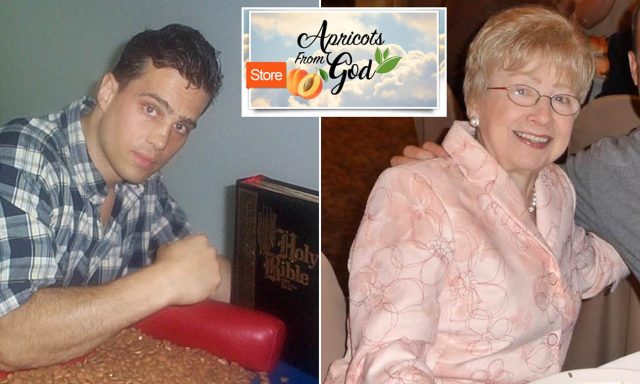 On October of 2019, Jason Vale, the arm wrestling world champion who was sentenced for five years in prison for promoting apricot seeds as cure for cancer using his own experience, was again arrested along with his mother, Barbara Vale, in their home for allegedly selling products made from apricot seeds on the internet. The last report about their case stated that the mother and son will be tried at a federal court in Brooklyn, New York on the same year.

Jason Vale’s first arrest was in 2003 and the court ordered him to stop selling apricot products and then later convicted him for five years for a criminal charge in 2004. According to his account:

“Apricot seeds, or foods with the same components as apricot seeds. This is agreed upon amongst many top scientists and nutritionalists including Dr. Krebs who wrote chapters of our present day Biology text books. I had cancer three times, the first time when I was eighteen years old, the second time at 19 and then 15 years ago at 26.  Since the last time, I’ve been eating the apricot seeds as my only therapy along with some basic diet changes.  The first time I was operated on and the second time, a combination of operation, chemo, radiation and small diet changes….but the third time…apricot seeds and apricot seeds only! Found in over 1200 foods, which we don’t eat anymore in our culture, the components of the apricot seed make it nearly impossible for cancer to grow in a body free of cancer. For a person that has cancer, there are many different scenarios however, start eating the seeds immediately, weather or not you are doing chemo and radiation.”

Jason Vale’s case shows a clear example of big pharma’s firm grip on the justice system due to financial power and political influence. During his first arrest, the Food and Drug Administration (FDA) seized Vale’s business apparatus and computers and sent him to criminal court even if there were no complaint against him. As reported by armwrestling.com:

“In the summer of 2002 Jason’s family had to put liens on their properties to pay the $840,000 bail that was placed on him pending his trial.  On July 14, 2003, in the Federal Eastern District of New York courtroom of Judge John Gleeson, Jason lost his Constitutional Rights to be able to continue to tell his story of how he defeated one of the world’s most deadliest opponents – cancer.”

While in prison, Vale admittedly claimed that he stopped eating apricot kernels and succumbed to unhealthy diets “including sugary foods, meat, and painkillers”; the reason why his cancer came back. He developed an internal bacterial infection from the plastic mesh installed in his chest and by the end of 2008, the infection later became worst. However during this time, Vale has again went back on using apricot kernels, with additional vitamin B17 supplements, therefore he was cured once again. This natural cure for cancer, also known as laetrile or amygdalin or vitamin B17, is very effective in destroying cancer cells without effecting healthy cells. Chemotherapy on the other hand, the current treatment being used for most cancer patients, has been proven to have only less than 10% effectiveness. In reality, aside from being so expensive, this method often worsens the patient as it attacks the body’s cell indiscriminately while also leaving its toxic effects.

The reason why chemotherapy is still being used despite that it is very dangerous is that the FDA and other health agencies have been co-opted and corrupted by big pharma since the beginning. That’s why the FDA even banned laetrile in 1971, maliciously and misleadingly claiming that it is dangerous while favoring the toxic synthetic and chemical-based drugs as treatment for cancer. Laetrile or amygdalin was banned is that it cannot be patented as it is naturally present in apricot kernels or even in apple seeds (apricot kernels have the highest amount of laetrile). As explained by Makia Freeman, a top researcher and owner of thefreedomarticles.com:

“Laetrile is made of 4 parts, two of which are glucose, the third of which is benzaldehyde and the fourth of which is cyanide. The mere mention of the word “cyanide” tends to send people into mild shock since it is a well know poison. However, the cyanide and benzaldehyde in laetrile are not free molecules, and come naturally bound within other molecular formations. In fact there are many foods including vitamin B12 that contain cyanide, but they are safe since the cyanide remains locked up as part of another molecule.

Now here’s the brilliant part: cancer cells contain an enzyme that healthy cells do not, beta-glucosidase, called the “unlocking enzyme”. This enzyme causes the release of both the benzaldehyde and the cyanide, thus destroying the cancer cell, but cannot occur in a healthy cell, since it doesn’t contain this unlocking enzyme. Additionally, there is an enzyme in healthy cells, rhodanese, which catches free cyanide molecules and renders them harmless by combining them with sulfur. By binding the cyanide to sulfuric rhodanese, it is converted to a cyanate, which is a neutral substance. Cancer cells don’t contain enough sulfur to do this…”

This is just one of the many cases regarding the suppression of the real cures for cancer. Many scientific studies, legitimate testimonies, and expert accounts regarding the subject have been hidden and discredited for decades by the medical establishment, with the help of government agencies and the mainstream media. Meanwhile, after the arrest in 2019, two of Jason Vale’s website for promoting this natural and effective cure for cancer have been taken down. And as of now, there is no follow up story regarding their case.

If you want to learn more about apricot seeds/laetrile and Jason Vale’s story, follow these links: