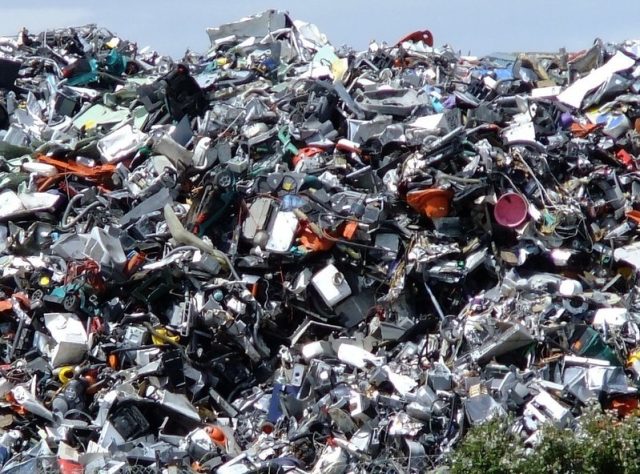 In France, the production and marketing design called “planned obsolescence” is now being regarded as a serious crime against consumers and the environment. If business companies are found guilty, they will be subjected to punishment of imprisonment and fine. This is because planned obsolescence has so many disadvantages to this both; making our environmental problems worst thereby not only affecting our economic efficiency but also our health through generating huge amount of electronic pollution in many corners of the world containing toxic substances. If we are to show sincere concern about our children’s future and to stop further destruction of our environment, we must demand that the commercial strategy called planned obsolescence must be put to an end. Also, we must make sure companies will repair the product they sold us when it breaks on its own through “real” warranty protection.

We all know that recycling is not enough to solve this worsening crisis in our environment and yet many companies are still intentionally making their product weak or so limited in its functionality. Therefore consumers and governments alike should really do an effective action before something worst will happen such as civil war or massive deaths (especially in places like China, India, Philippines, and now Africa) due to too much pollution or toxicity from these electronic products deceptively shipped as “second-hand merchandise”. This is because through planned obsolescence, appliances and gadgets such as television, cell phones, computers, refrigerators, printers, etc. (which are almost the daily tool or materials people need for their jobs and daily tasks) will only last for a very few years. These products have their service life shortened and warranties have been deliberately designed to expire before the product’s breakdown.

Speaking of electronic gadgets such as computers and mobile phones, there are also other issues people complain about and it is making the product easily becomes “useless”, therefore, another potential waste for the environment. This is on the issue of updates and improvements. Every now and then, companies release so called updated versions or new models in the market. Thus, consumers would lose interest in the old product that they’ve bought and tricked to get the so-called higher version (that cause even more money!), therefore creating more demands and consequently, pollutions or e-waste. Unfortunately, this consumption pattern has been happening for decades now and it has adversely impacted many of the so called developing countries. If we don’t put our earnest effort to change this system, our young generations will suffer worse than what we are experiencing right now when it comes to the issues about our environment.

Learn more about planned obsolescence by checking these websites: