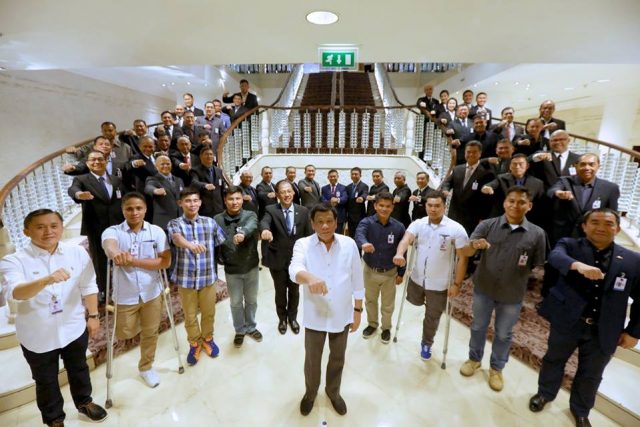 President Rodrigo Roa Duterte strikes his signature pose with Secretary Christopher Lawrence ‘Bong’ Go of the Office of the Special Assistant to the President, Armed Forces of the Philippines Chief of Staff General Carlito Galvez Jr., the President’s security personnel, and some soldiers who lost their limbs while taking part in the liberation of Marawi City from the threats of the Maute terror group at the Intercontinental Hotel in Amman, Jordan on September 7, 2018.