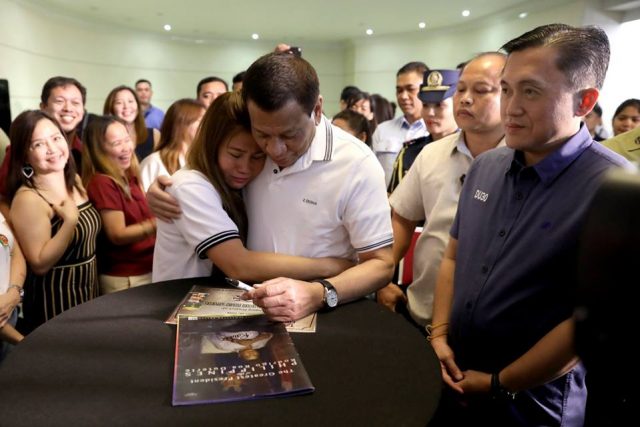 President Rodrigo Roa Duterte gets an emotional reaction from an avid supporter, who is an Overseas Filipino Worker based in the United Kingdom, after signing his autograph on the sidelines of the Lex Talionis Fraternitas, Inc. (LTFI) National Convention at the Marco Polo Hotel in Davao City on August 18, 2018. Joining the President is Sec. Bong Go of the Office of the Special Assistant to the President.