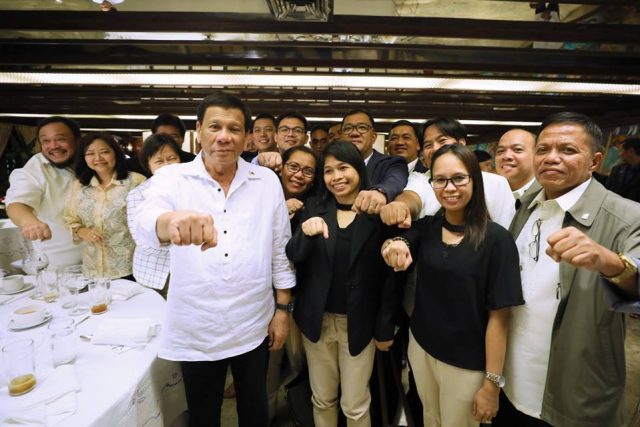 President Rody Duterte hosts a dinner for the officials of the Kapisanan Ng Mga Brodkaster Ng Pilipinas (KBP) at the Heroes Hall in Malacañan Palace on August 14, 2018. The KBP is a non-government and non-profit organization of the broadcast media in the Philippines that seeks to include the promotion of an independent and free broadcast media, responsible broadcasting, enhanced public service by broadcasters, advancement of innovation in broadcasting, and the development of Philippine broadcasting.