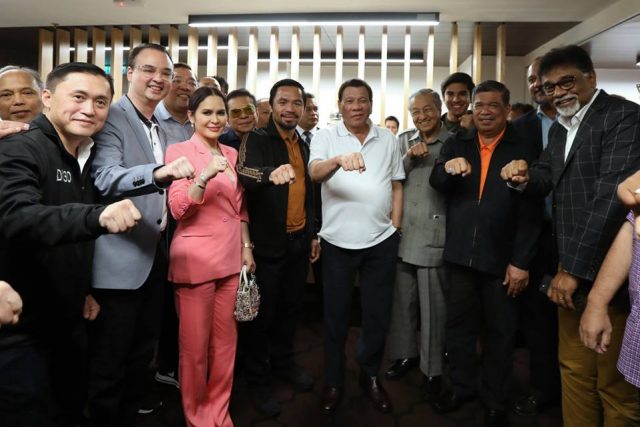 President Rody Duterte shows his support for Senator Manny Pacquiao as the latter squared off against Lucas Matthysse for the World Boxing Association (WBA) Welterweight title at the Axiata Arena in Kuala Lumpur, Malaysia on July 15, 2018. Senator Pacquiao went on to win the title fight, to which the President thanked him for bringing pride and honor to the Philippines.