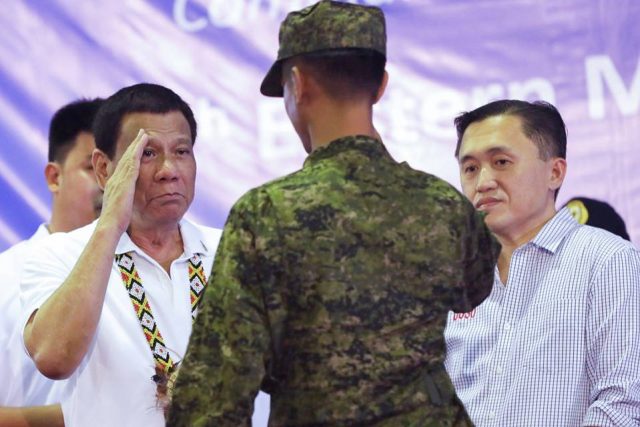 President Rody Duterte graces the 12th anniversary of the Eastern Mindanao Command (EASTMINCOM) at the Naval Forces Eastern Mindanao (NFEM), Naval Station Felix Apolinario (NSFA) in Panacan, Davao City on August 23, 2018. During the event, President Duterte led the inspection of 1,018 recovered and surrendered firearms within the area of responsibility of the EASTMINCOM.