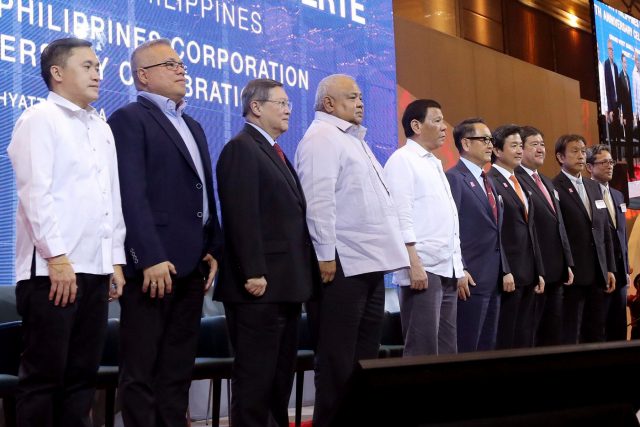 President Rody Duterte graces the 30th anniversary celebration of Toyota Motor Philippines (TMP) Corporation held at the Grand Hyatt Hotel Manila in Bonifacio Global City, Taguig City on August 1, 2018. In a ceremonial donation of Toyota vehicles to the Office of the President, the President received the keys to 20 units of Toyota Vios and 10 units of Toyota Innova from Toyota Motor Corporation Chairman Akio Toyoda and TMP Vice Chairman Alfred Ty.