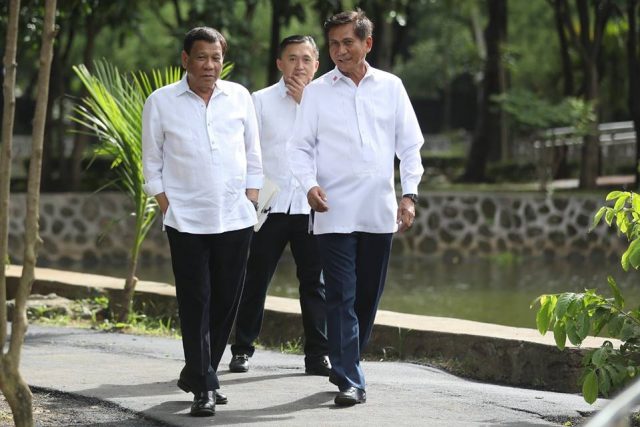 President Rody Duterte graces the 31st founding anniversary of the Department of Environment and Natural Resources (DENR) at the Biodiversity Management Bureau (BMB) Amphitheater, Ninoy Aquino Parks and Wildlife in Quezon City on July 4, 2018. The celebration bears the theme, ‘Ikaw, Ako, Tayo ang Kalikasan’, putting emphasis on everyone's responsibility to protect the environment. Former DENR Secretaries also attended the ceremony, commemorating the agency's major milestones since its reorganization into a department in 1987.