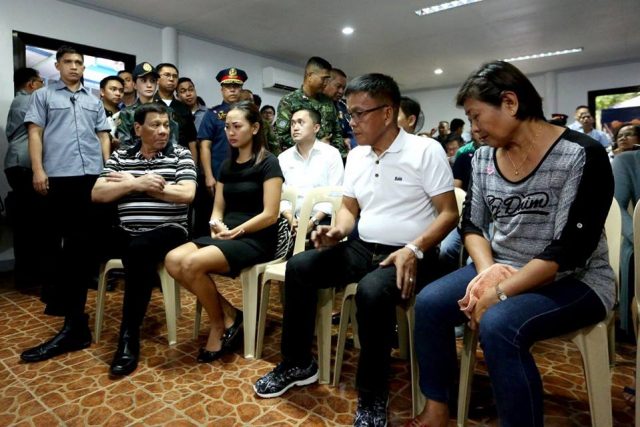 President Rody Duterte pays his last respects to the late Isabela Police Chief Senior Inspector Michael Angelo Tubaña on June 21, 2018. Tubaña was killed during an anti-illegal drug operation in the town of Mallig in Isabela on June 17, 2018. The President posthumously awarded the Order of Lapu-Lapu, Rank of Kalasag to Michael Angelo Tubaña.